As we prepare for a future shaped by artificial intelligence and biotechnology and invest more and more in research and innovation, we must not forget that the first necessary condition for human learning, as well as for healthy human personal and social development, is competent reading.

We must also understand that although we acquire basic literacy early on, achieving high reading competence is a lifelong project. It starts with the ability to relate characters to sounds, recognize words and identify their objects, and comprehend the relationships between words in sentences and texts, but it goes on with the ability to comprehend and use texts in order to function professionally and in society, as well as with the ability to engage with texts and reflect upon them in order to advance one’s knowledge and experience pleasure.

The most traditional way of achieving high reading competence is through the careful exploration of selected literary texts. While reading itself is a solitary process, it is significantly enhanced by expert guidance and discussions with other readers. This is how reading is taught and learned both in classrooms and outside of them.

However, this is not entirely unproblematic. At one end of the spectrum, under the pressure of efficiency standards and discipline issues instructors often assume more control over students’ learning than they should and, in doing so, inhibit their natural curiosity and desire to read. At the other end, discussions of literary works outside educational institutions, in book clubs and at home, are freer but often lack structure and expert guidance.

LITERARY ELEMENTS is a learning game designed to address these problems and provide a safe and enjoyable platform for developing high reading competence through structured discussions of literary texts. When used in a formal learning environment, LITERARY ELEMENTS dismantles the inherent hierarchy between instructor and students, gives back the ownership of the reading process to the students, and challenges both instructor and students to compete by the same rules. LITERARY ELEMENTS helps instructors flip the classroom and facilitate learning from a position of equal authority with the students.

When used in informal learning environments, LITERARY ELEMENTS provides a solid structure, professionally crafted tools and clear rules for a well-organized playing and learning experience. LITERARY ELEMENTS has a lot more to offer. It promotes critical thinking, collaboration, communication, creativity. It offers profound insights into the functioning of language, the flow of information, human consciousness and culture. It builds a solid sense of fairness and justice. It sustains the natural urge of humans to look for meaning. It nourishes positive attitudes to the arts and beauty.

LITERARY ELEMENTS, as the name suggests, breaks down the experience of reading literature into its constituent elements. Actually, these elements are abstract ideas, but for the purposes of the game they are transformed into tangible cards, which are then given into the hands of players to explore and use in various ways. The rules of the game ensure that everyone is included and has equal opportunity to learn and win. They also provide incentives for players to compete and collaborate for the creation of ever more complex webs of meaning.

When LITERARY ELEMENTS is used in a formal learning environment, students’ input to the game can be utilized in various ways. On the one hand, students may be asked to reflect upon the mind map of the discussion that has emerged on the playing space and use the record of comments to write an essay on the discussed work. On the other, the contributions of students may be converted into learning analytics and recorded over the whole course (or even larger periods of time). They can be studied and used for assessment purposes, but more importantly to tailor instruction to the personal needs of each student.

1. Before starting the game every player must have read the literary work that will be discussed during the game. The work should be available, so that players can consult and refer to it. The game should work with all literary genres and lengths, but during the testing phase best results were achieved with short forms and excerpts.

2. All cards are put face up and each player receives a booklet with descriptions of the cards. The triangular, square (and pentagonal) cards stand for different literary features, while the round ones are special.

3. Anyone can play his or her turn at any time, but once she has played, she will need to wait until everyone else has done so before she can play again.

4. The first player to start the game chooses a triangular, square (and pentagonal) card and places it in the middle of the playing space. She also needs to provide a satisfactory explanation of how the literary feature on the card relates to the discussed work. If no one objects to the explanation, she receives points – 3 for a triangular card, 4 for a square card (and 5 for a pentagonal card).

5. Next players must choose their cards in such a way that their comments not only relate to the work but also connect with a comment already made by a previous player. They also arrange their cards accordingly. After the first card is played, a new card can be added only to one of the free sides of an already played card. In this case, the player who played the latter card receives 1 point.

7. Players can use a pentagonal card only after having played 1 triangular and 1 square one.

9. One of the players keeps record of all comments, challenges and points for future reference. 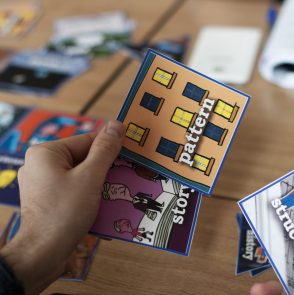 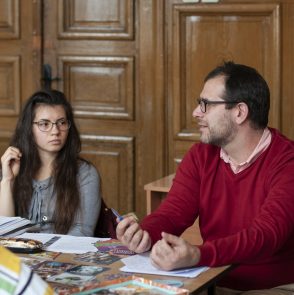 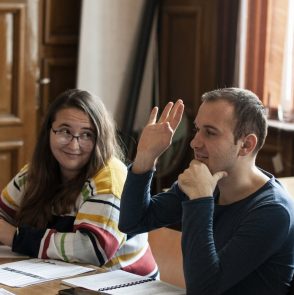 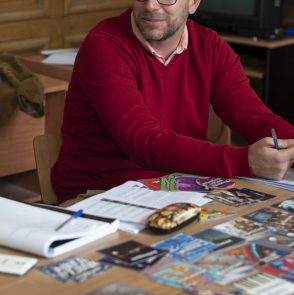 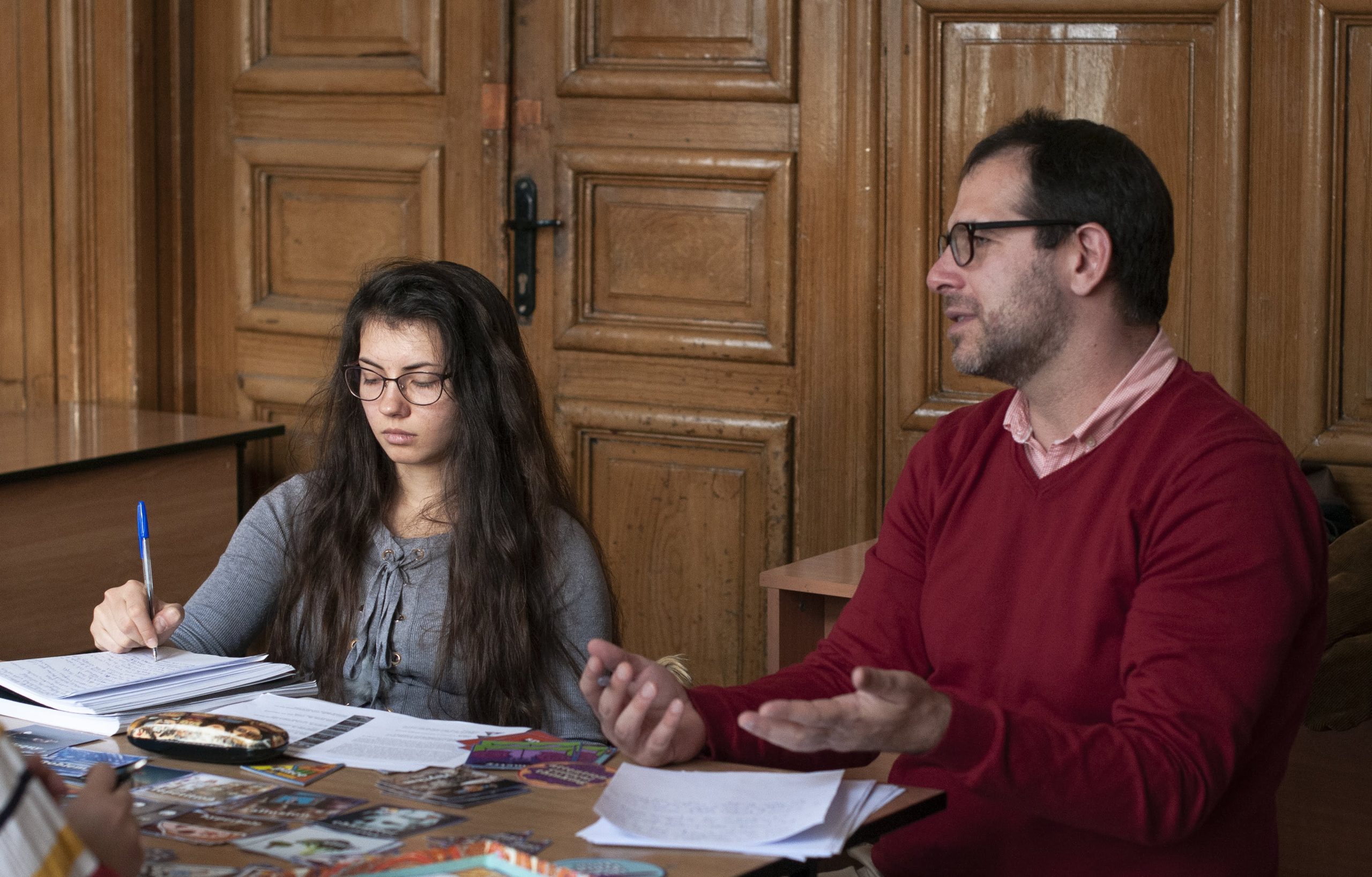 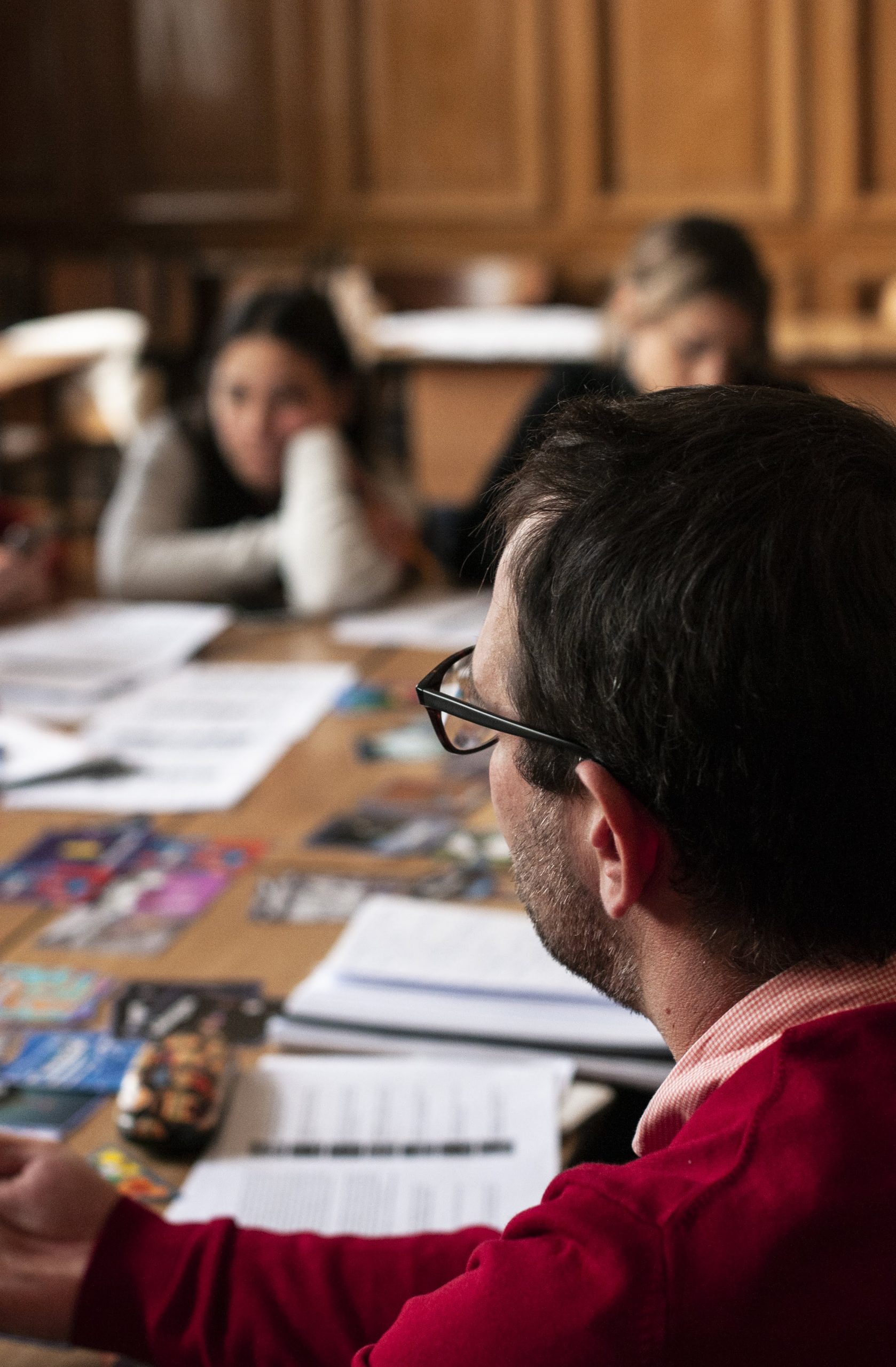 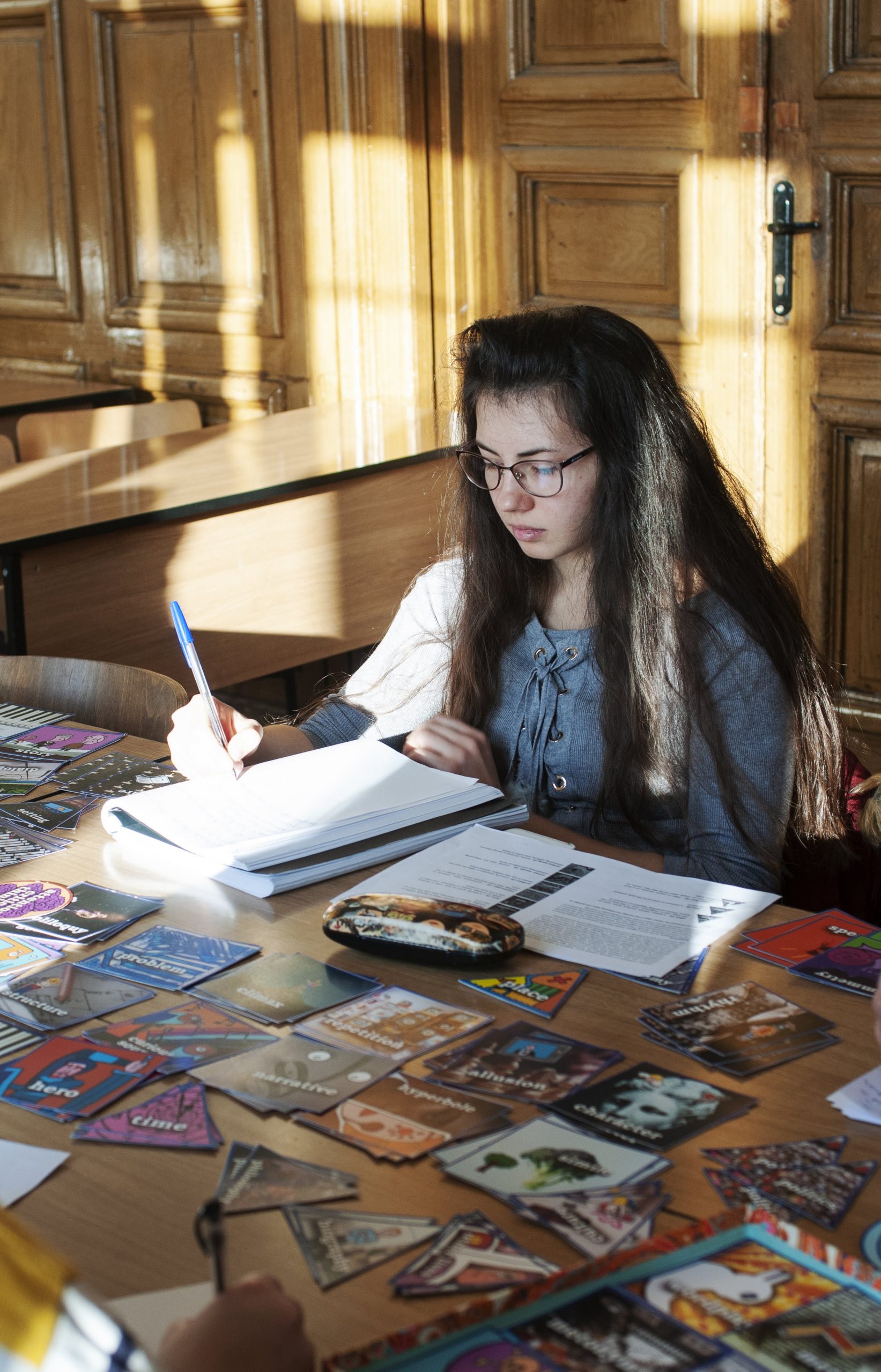 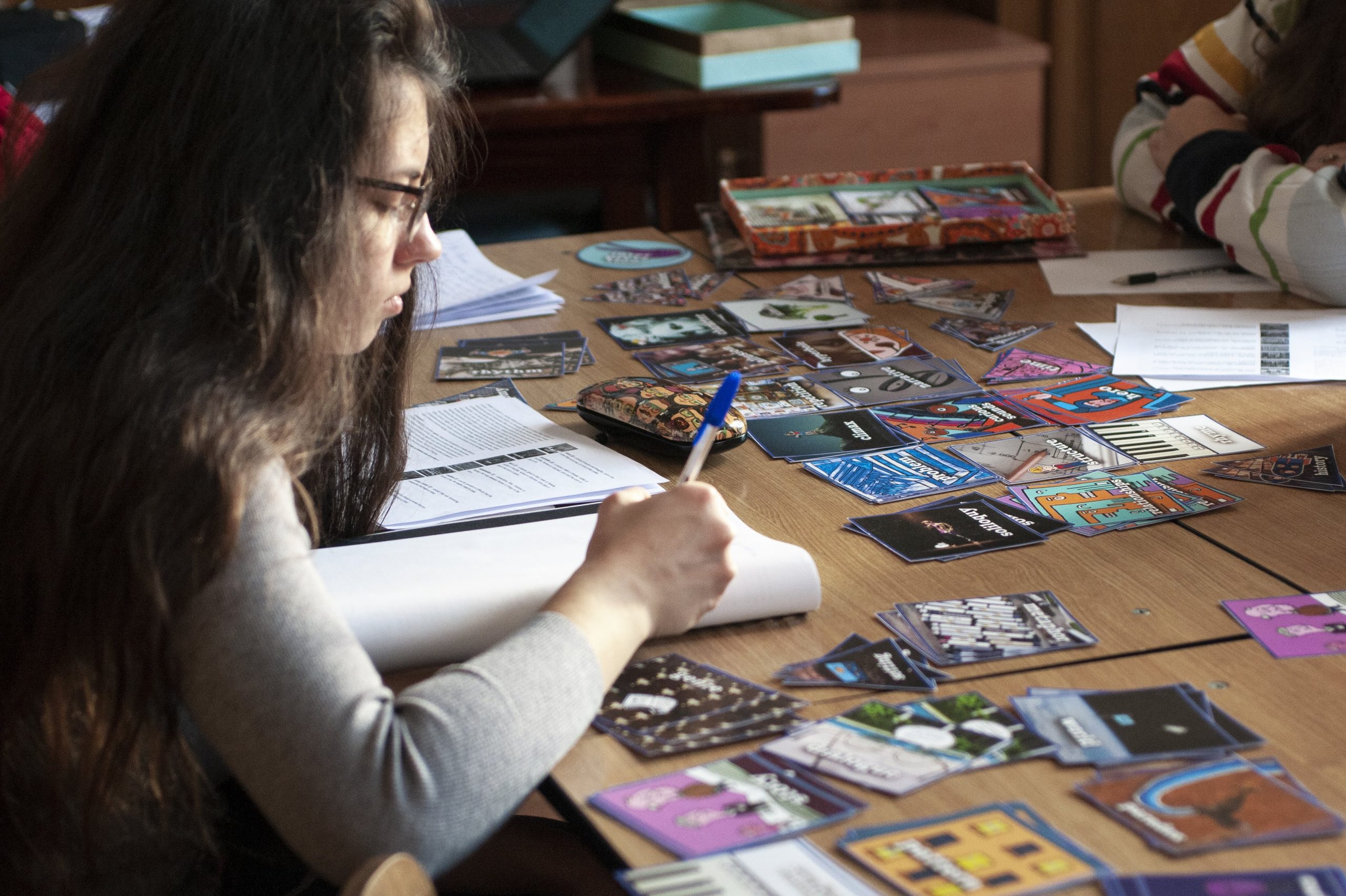 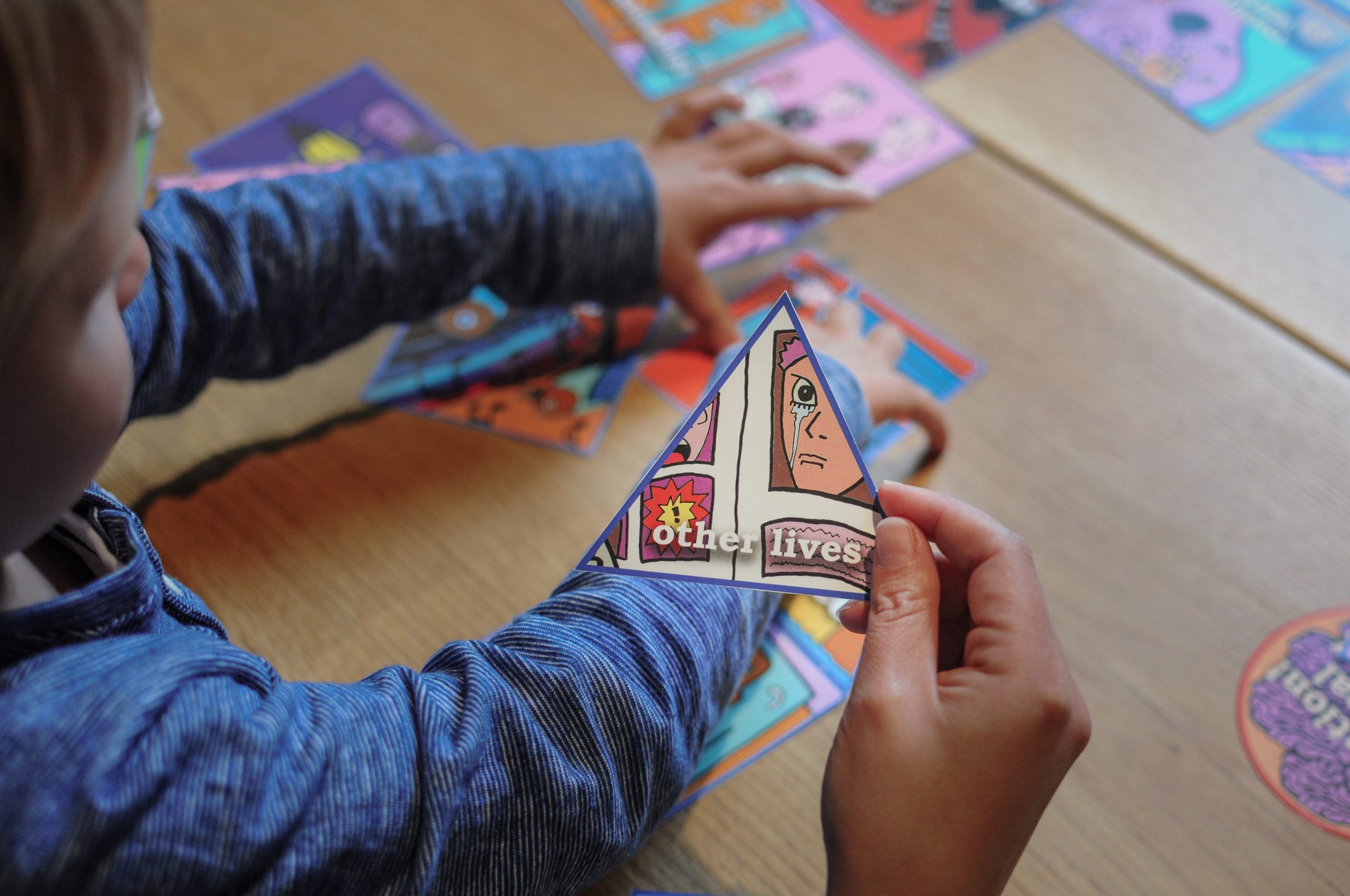 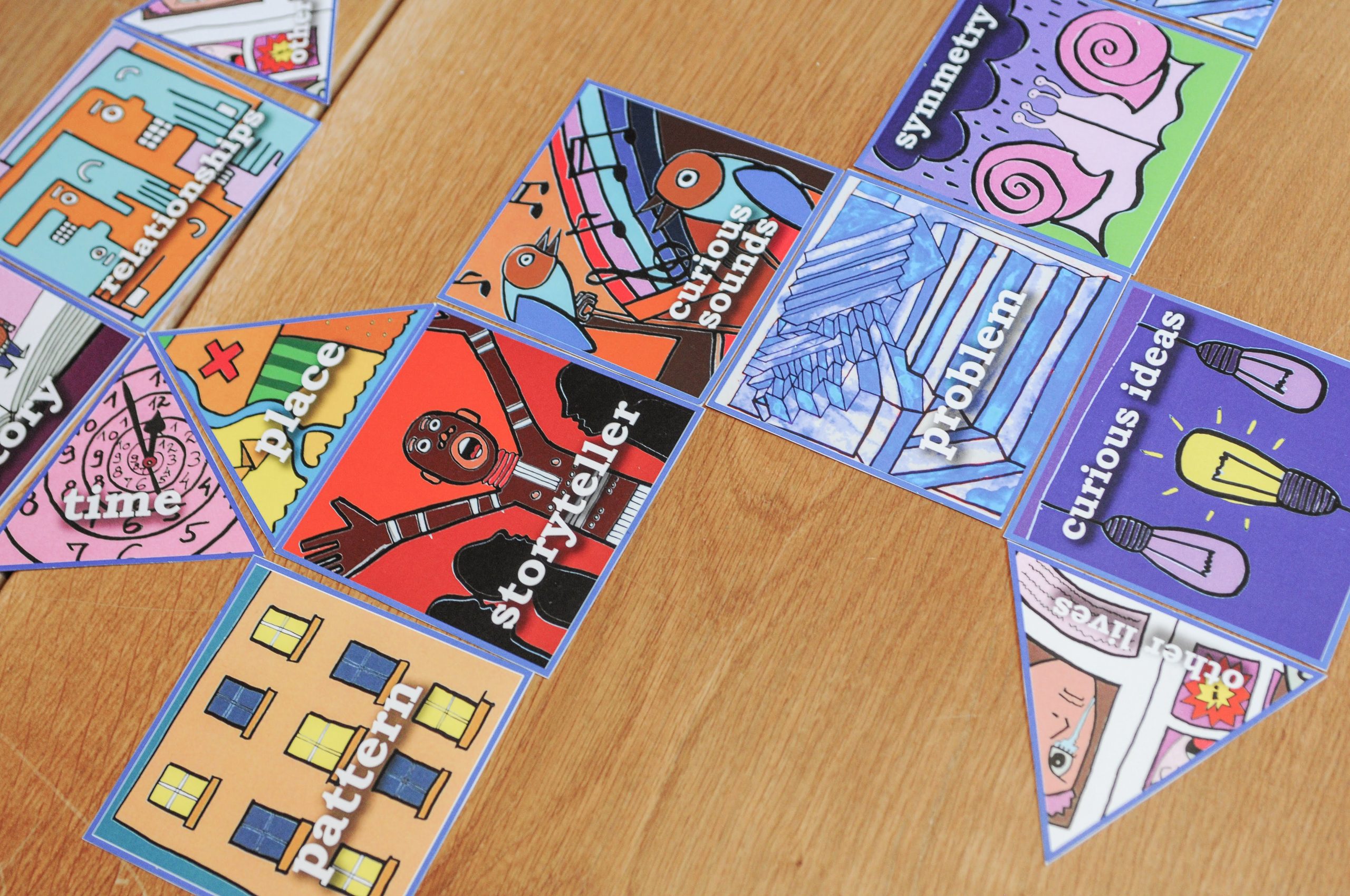 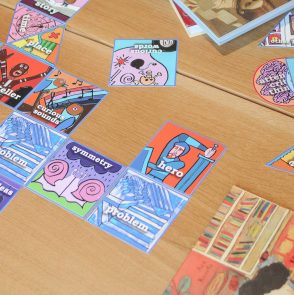 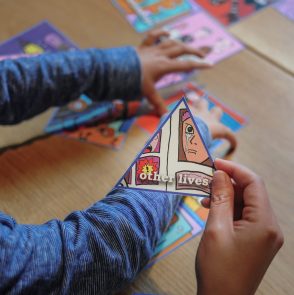 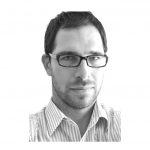 The History of the Social: Social Laboratories and Networks of Reform in Central and Eastern Europe